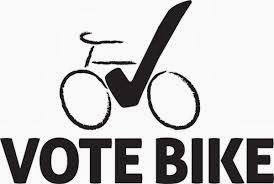 Bicycle SA has provided a summary of the major parties policy positions prior to the election.

With just a few days to go before the election, Bike SA provides a snapshot of what candidates have registered with our www.sa.vote4cycling.com.au website. To read all the policy positions simply proceed to the link. It should be noted that a number of announcements have been made by sever candidates/party’s directly through the media and these have not been referenced here.

In summary, a total of 10 candidates (1 South Australian Labour Party, 9 Greens) have responded to the online Policy Statements and Initiatives section. Additionally, the Australian Labor Party has provided a formal statement of response.

While no responses (online) have been received from the SA Divison of the Liberal Party, Vickie Chapman as Shadow Minister for Transport and Infrastructure has stated that.

"At the moment the number of people taking up cycling appears to be increasing and with more bikes on the road we need to ensure all road users are safe. If elected in March, a Marshall Liberal Government will deliver road upgrades that improve conditions for cyclists and motorists. We will work with local councils and the Motor Accident Commission to ensure that our State's most dangerous cycling blackspots are correctly identified, and upgrades are prioritised according to need. We will also work with local councils to identify routes that can be upgraded using the State Bicycle Fund to funnel cyclists and reduce conflicts between bikes and cars on other roads. Creating routes that are designed for cyclists will remove bike traffic from roads that carry heavy vehicle traffic and assist motorists."

Bike SA believes that our Cycle Safe campaign supported by the Advertiser newspaper has significantly highlighted the needs of the recreational and commuter cycling community.

We hope that our sa.vote4cycling.com.au website has provided you, the voter, with the opportunity to make a more informed choice come Saturday 15 March.