What can Adelaide do to become a cycling city? 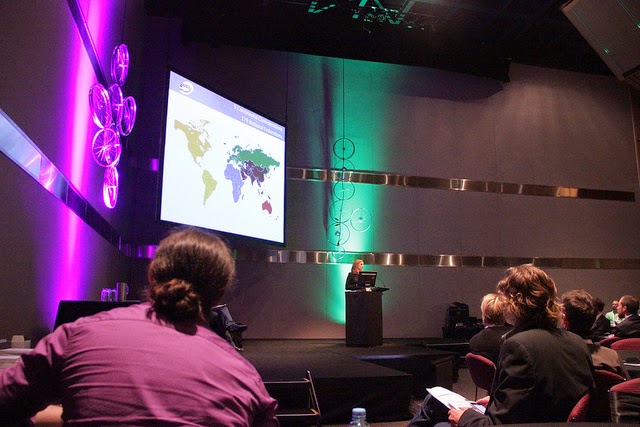 Bike SA sent staff to the world's biggest cycling conference... here are some of the top lessons we learnt.


There is no such thing as a cyclist

In Australia, we're obsessed with defining people by their mode of transport. Many speakers at the conference were keen to point out that people don't care what mode of transport they use... they just want to get from A to B. Time for us to move past the "Us vs. Them" mentality and realise that we're all just people - and we all choose different modes of transport.

If you don't invest, then you don't get more bums on bikes. Cities that saw substantial increases in people cycling (Seville, Nantes, Paris etc.) all decided to spend serious amounts of transport funding on cycling.  South Australia spends 0.5% of the transport budget on bicycles. That's why Adelaide is still what Europeans call a "Starter City".

Getting women cycling is key.

Want a cycling city? Then design it with women in mind. Cycling meccas like Copenhagen actually see more women cycling than men. In Adelaide four out of five cyclists are male. Tearing down King William Street in peak hour traffic might attract the "I'll run with bulls" kind of person, but studies across the globe show that women prefer safer, separated cycling routes.

Data dictates how decisions are made

Whether we like it or not data is king in transport decisions. Any spend on infrastructure will be matched with more riders and you need to prove it with cold hard data. We need to be able to show that getting people riding is good for the public health system. If you want to convince a politician to put in a bike lane, you need local data and you need to be able to quantify the impact of any decision you want them to make.

Build it and they will come

No explanation needed here... but perhaps Frome Street will be our shining example in the years to come.

Societies are capable of amazing transformations

Even the most car-addicted cities can change. New York City is an impressive recent case of this – from impossibly car dominated and choked streets to bike friendly networks in several years. Inspirational. Adelaide can learn from the Big Apple. (Check out our interview with Janette Sadik-khan to find out how it was done).

Ever heard of death by design? Many of the international bike engineers were quick to point out that cyclists get doored because we put bike lanes in the wrong place.  What excited us was seeing some really impressive infrastructure. Seeing blueprints for intersection designs which cyclists can use safely was a stand out and an eye-opener.

See the video below for some info...