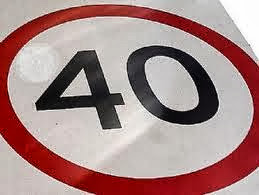 Norwood, Payneham & St Peters Council will investigate lowering The Parade’s speed limit from 50km/h to 40km/h. This is good news for cycling and retailers alike.


Mayor Robert Bria says he is unsure the move would be acceptable to Council and State Government, due to The Parade being a major thoroughfare for motorists.

The Parade investigation follows the lowering of limits on King William Road, Prospect Road and Jetty Road to 40km/h.

However, Mr Bria notes that The Parade is a busier arterial road than either King William or Jetty Roads and says “you have to treat each road on its merits and consider their differences.”

The proposal is great news for cyclists, and shows more councils are starting to seriously consider the risk posed to bike riders and pedestrians from fast-moving vehicles. Studies around the world show that lower speed limits help get more bums on bikes.

"There is increasing evidence that retailers along shopping precincts similar to that of Norwood Parade benefit significantly from slower speed limits. Its is no brainer really…the creation of spaces that are quiet, safer and that encourage social interaction are naturally preferable to high traffic, noisy environments," says Bike SA CEO Christian Haag.

Throw in the usual mix of inattentive drivers and why wouldn’t you go somewhere else to do you shopping. Shoppers who ride or walk to the precinct are shown to linger longer and visit more frequently – to these people, shopping is a cultural experience and one to be savoured.

Bike SA calls on the Council to apply for a reduction in the speed along the Parade – it’s a win for the retailer and for the community.
Posted by Bicycle SA at 14:01