Does the Tour De France Get More Bums On Bikes? 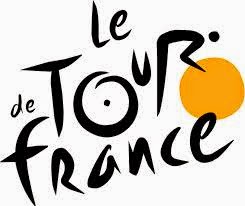 Every year, people get excited by the Tour De France – and governments often think emulating such events are a sure-fire way of getting people on bikes. But does it really work?


We came across a fascinating blog piece from the UK about cycling, the Tour De France and whether or not it's actually good for daily cycling.

"The brutal truth is not just that the fantastic success of Team Sky and Team GB has not led to a move towards cycling getting above a 1-2% national modal share. It is not even that there are minimal benefits from cycle sport feeding in to cycling as transport"

He also points out that all the crashes taking place might start making people think cycling is dangerous:

"Cycle sport fans inevitably use the word “cycling” based on cycle sport, and everyday cycling is supposed to slot into that conception of cycling. “Cycling” is inevitably seen as being inherently hazardous. If the images of “cycling” and “cyclist” are of “cyclists” crashing and hurting themselves, that’s bad"

What's equally fascinating is that countries that produce Tour De France Winners generally have low levels of cycling. With the exception of Belgium (which sees almost 15% of people use bikes at their main mode of transport),  Spain, Italy and France see less than 4% of their citizens choose cycling as their main mode of transport and were ranked outside the top ten EU countries for cycling by the European Cyclists' Federation.

Perhaps we ought to look at what encourages people to drive if we want people to get on bikes? People don't drive cars to work because they want to emulate Michael Schumacher, they drive cars because it's the most convenient, safest and often cost effective way to get from A to B. Is time to bring on more Frome Streets and forget Le Tour?

So we'd love to hear you thoughts. Do you think we need more events like Le Tour de France and the Tour Down Under get more bums on bikes? Or do you think that while they may be great sporting events, they're not really changing everyday cycling habits.

Let us know in the comments below.
Posted by Bicycle SA at 13:29