South Australia's Cycle Spend? Less than a cup of coffee 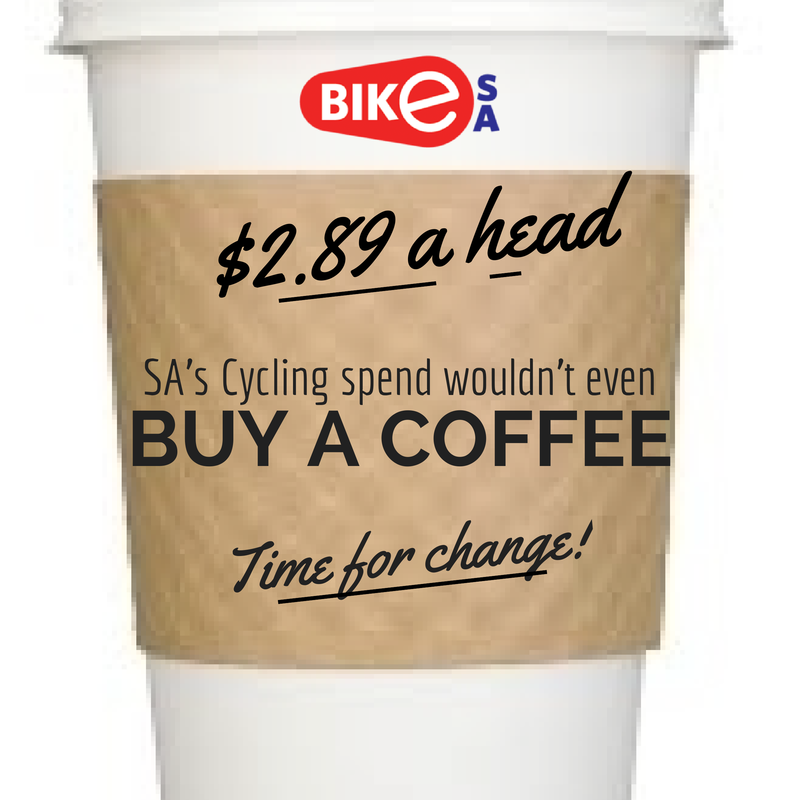 South Australia only spends $2.89 per capita on cycling infrastructure - less than a cup of coffee.

A rather important report popped up last week about the state of cycling in Australia - but it hasn't gathered much media attention.

The report provides an overview of progress made towards the objectives of the National Cycling Strategy 2011-16 - and the outlook so far for South Australia isn't rosy.

Here are some of the figures:
Cycling investment is fundamental - without building paths that separate riders from cars - we're not going to see more bums on bikes. There will be a draft 2014-2020 cycling strategy coming out soon - and Bike SA will be  working hard to make sure cycling is adequately funded and resourced within this strategy.

On the bright side - even without significant infrastructure spending - bicycles managed to outsell cars for the 14th year running.

Become a member at Bike SA and help work for better conditions for cycling.

A full copy of the report can be downloaded on the Aust Roads website.
Posted by Bicycle SA at 14:17