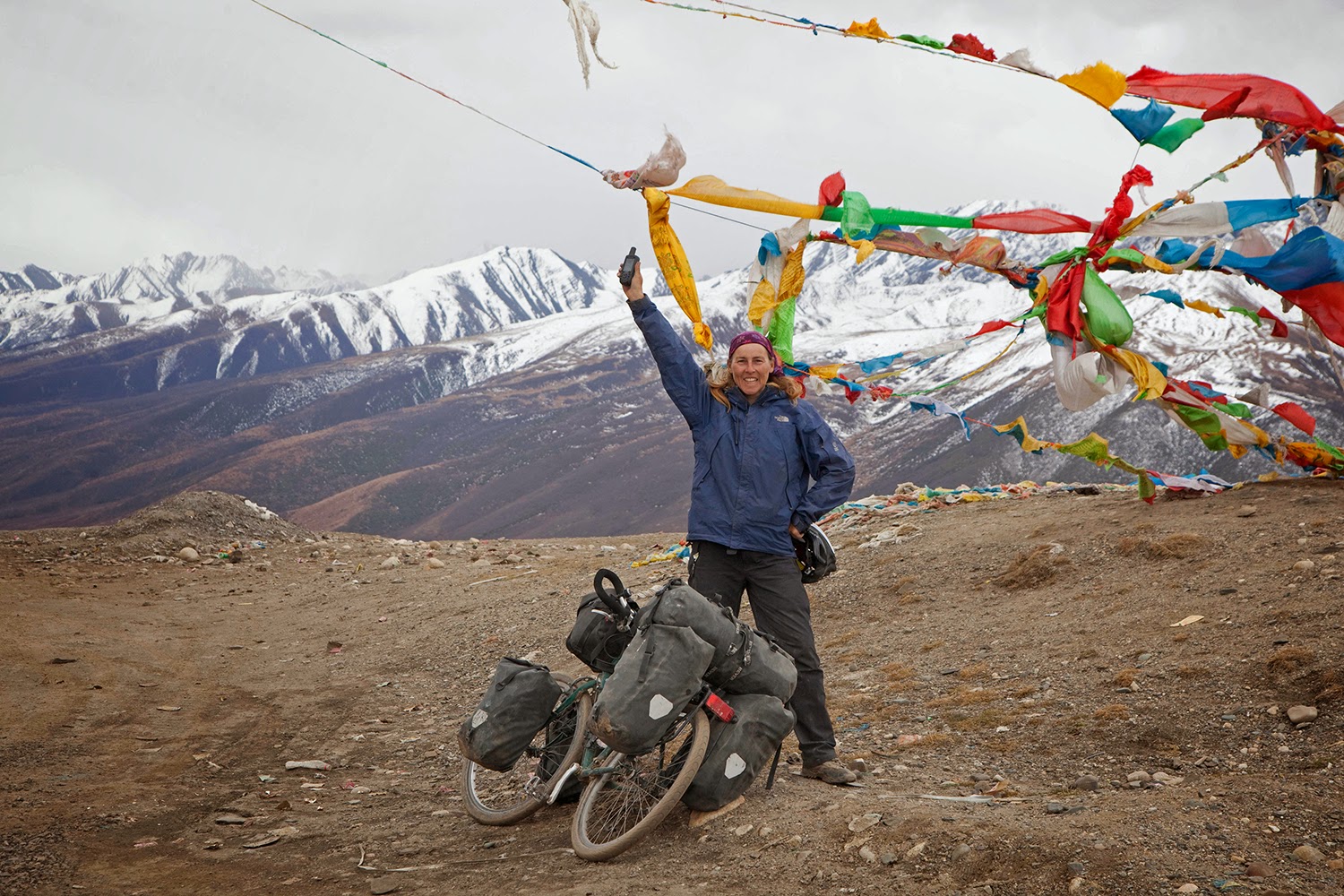 Marika dropped into the Bike SA office just a few weeks ago. She'd just ridden to Adelaide from the Netherlands.  This is her amazing story.


Seven years ago my Dutch friend Maria decided to move to Australia. I told her I would come and visit, but it would take a while for me to get there. On the 1st of april 2013 I left the Netherlands by push bike. I made it to Australia exactly on time for her birthday party on the 26th of June 2014.
In Europe I followed the main rivers, cycled along the Rhine, the Main and the Danube, that way the first part of the trip was fairly flat and it gave me time to train myself for the many hills I would have to climb. A trip like this is not so much a physical challenge, it is more a mental challenge. You just have to get up every day and keep going. 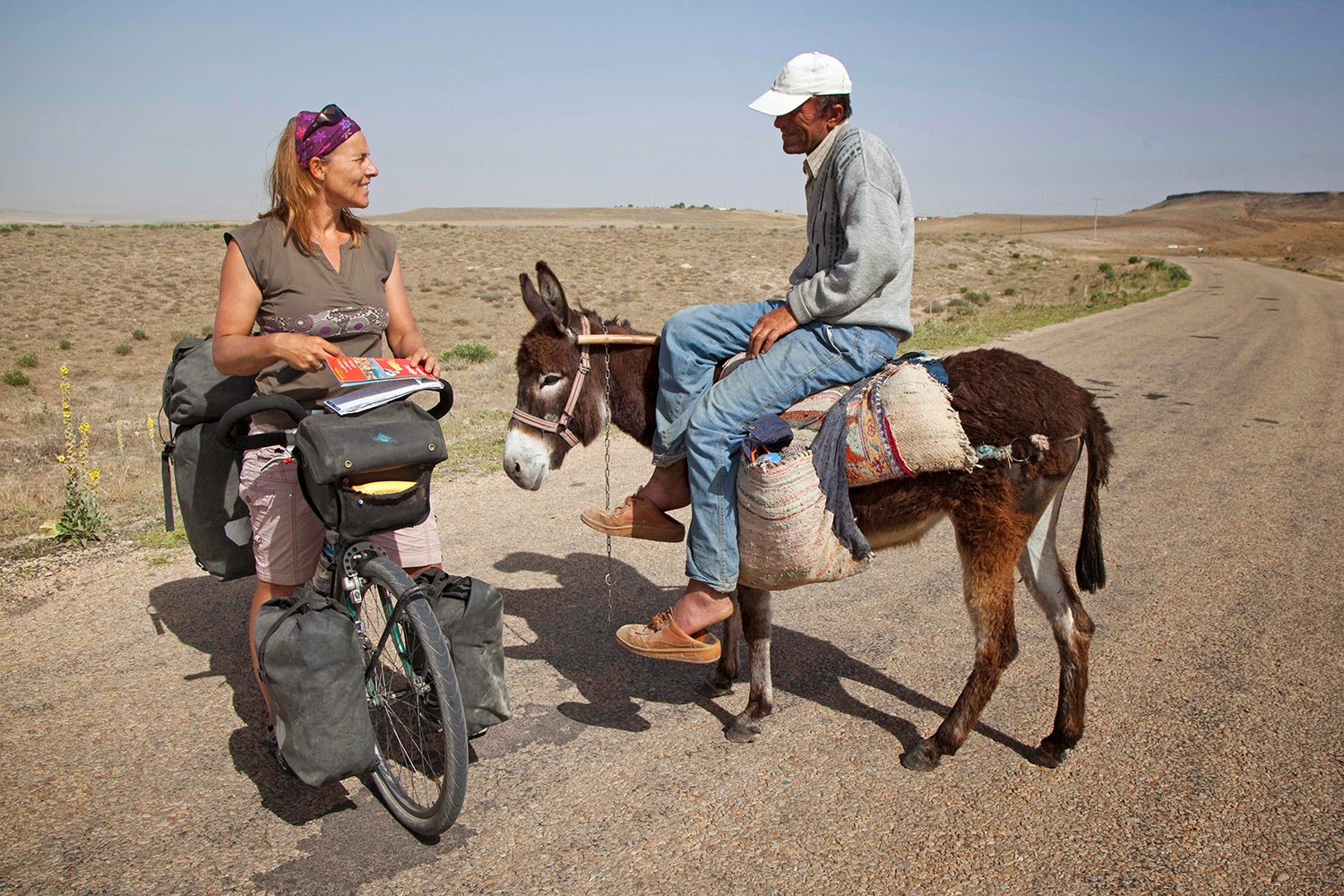 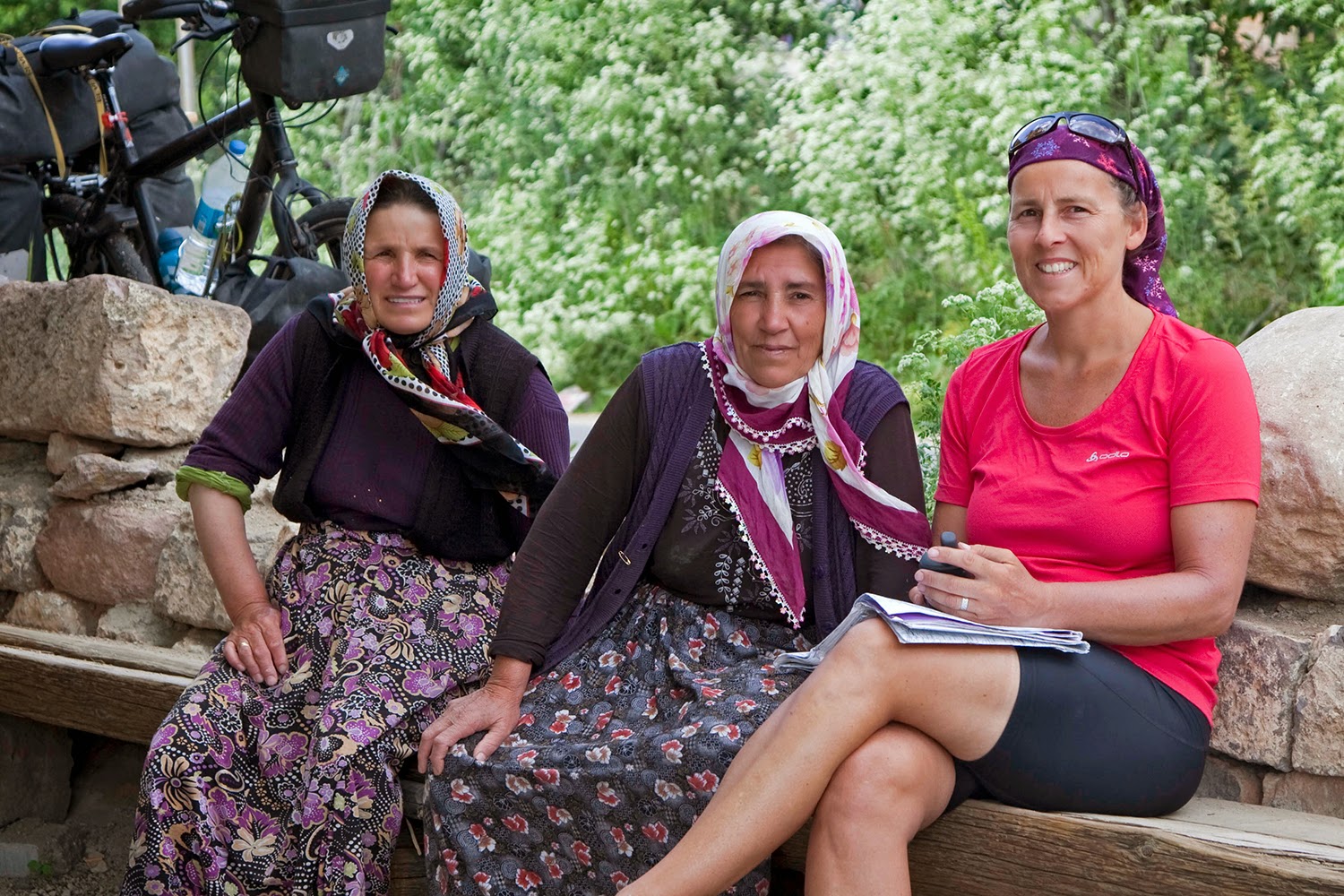 Turkey was the first big surprise on the trip, I was invited to have a cup of tea in every village and even by a sheep sheperd on a mountain pass. It is the people that make the unforgettable experiences on a trip like this. Also the fact that you travel on a vehicle that does not take you very far in a day. You end up in places where no other tourist will ever go. 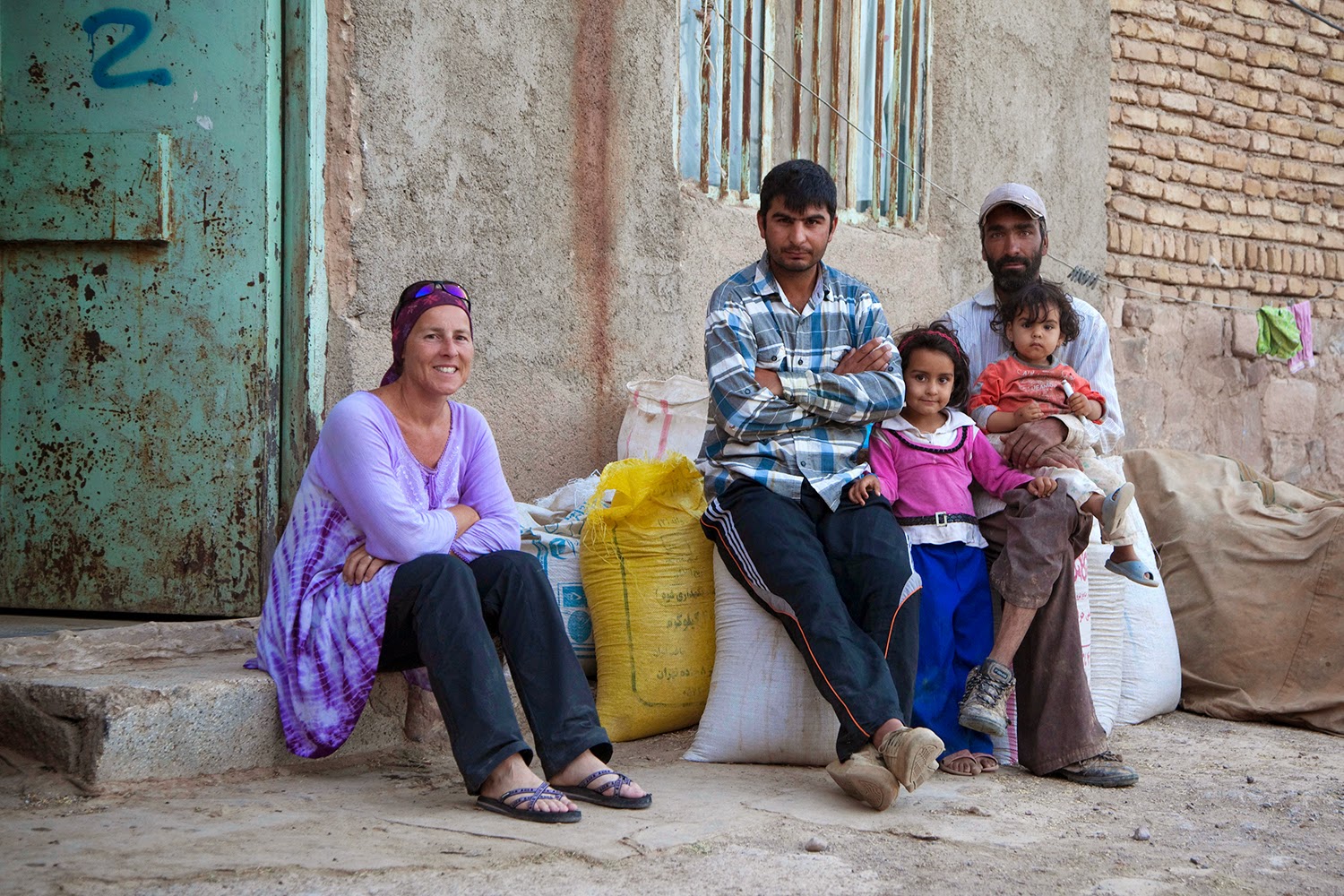 You also learn that our media is not always objective. I crossed Iran on my push bike together with a friend and yes I had to wear a scarf, but I met some of the friendliest people. We were stopped everywhere on the road, people would give us water, fruit or bread and for so many nights we were invited into people’s houses to spend the night. A great experience and people are so proud that we took the time to visit their country.

After the ex-Russian countries of Turkmenistan, Uzbekistan and Kirghistan, it took me 3 months to cross China, but by the time I reached the boarder with Laos, I was still not ready to leave. I crossed the Taklamakan desert, 2000 km of sand. I had a great time with the Tibetans in Sichuan and the rainforest and rice terraces south of Kunming were amazing. After a 17 km downhill in the rain, I got so muddy that I did not dare to enter a restaurant. But the owner thought otherwise, he cleaned my jacket, then cleaned my push bike, made me a mudguard for my rear wheel from some cardboard with plastic around it and served me lunch for free! The Chinese kept surprising me. 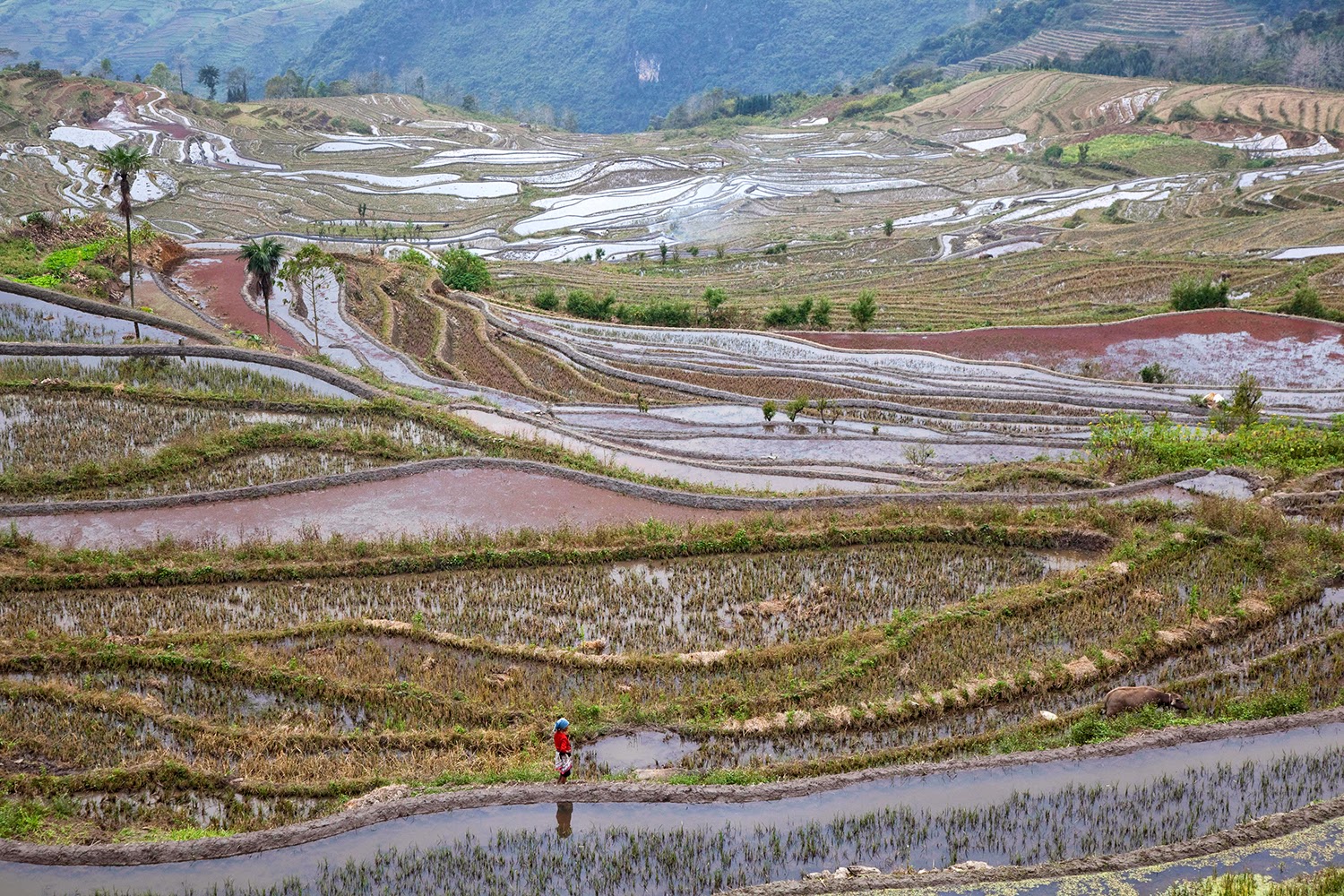 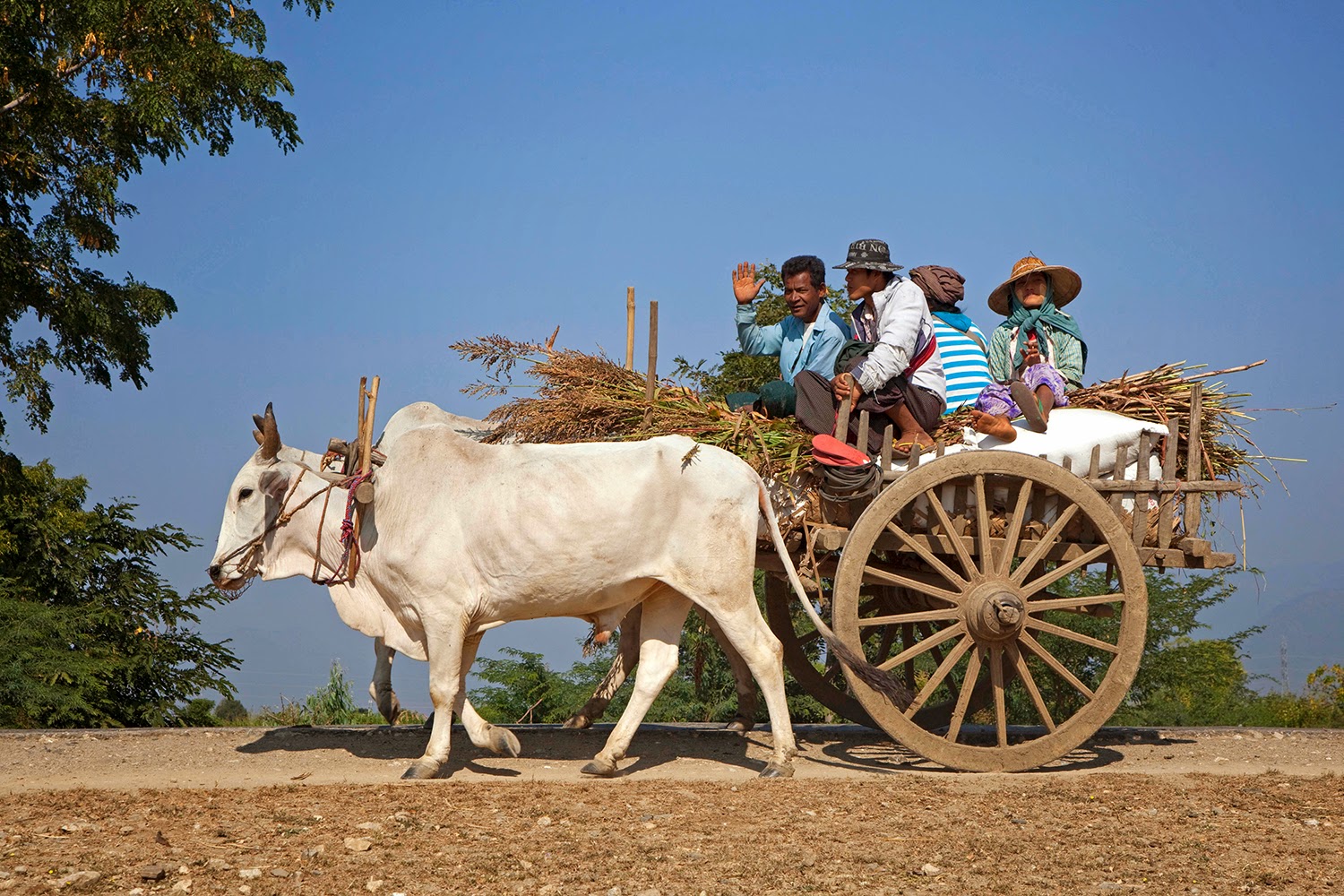 Three months before I reached Myanmar, the authorities had opened the land boarders with Thailand. Another friend had joined me in Northern Thailand, together we cycled into the former Burma. Not all the Burmese knew that tourist were now allowed to travel freely in their country. As soon as we would cycle east of the Ayeryawaddy river, undercover agents on scooters were following us. That night the only hotel in town, looked more like a barn for animals, so we decided to camp, but the scooter agents found us. In the end they did let us camp, the police came to register us. The city elders came to give permission and in the morning when we woke up there were still 5 people sitting under a tree around a fire. They had been guarding us all night. Or protecting the neighborhood against us!

After crossing Thailand and Malaysia, I took a ferry from Singapore to Jakarta. A girl friend came to cycle Indonesia with me. This densely populated country's highways were very busy. But throughout the trip I used a computer program to find a lot of small rural roads. I load these tracks onto my GPS. Sometimes the computer did not know that a bridge went missing, but we managed to cross a wide shallow river, by just taking off our shoes. I really need this kind of adventure. Sometimes we did block the road a little for traffic coming from behind, but the Indonesians patiently stayed behind us and would sill wave at us enthusiastic while overtaking us. Time did not seem to matter in this country.

I reached Bali and ended up facing a large ocean and no ferries. So in the end I still had to fly to Darwin, to reach Australia. Cycling the Stuart highway was a real challenge, not so much the water, but more the grocery shopping! 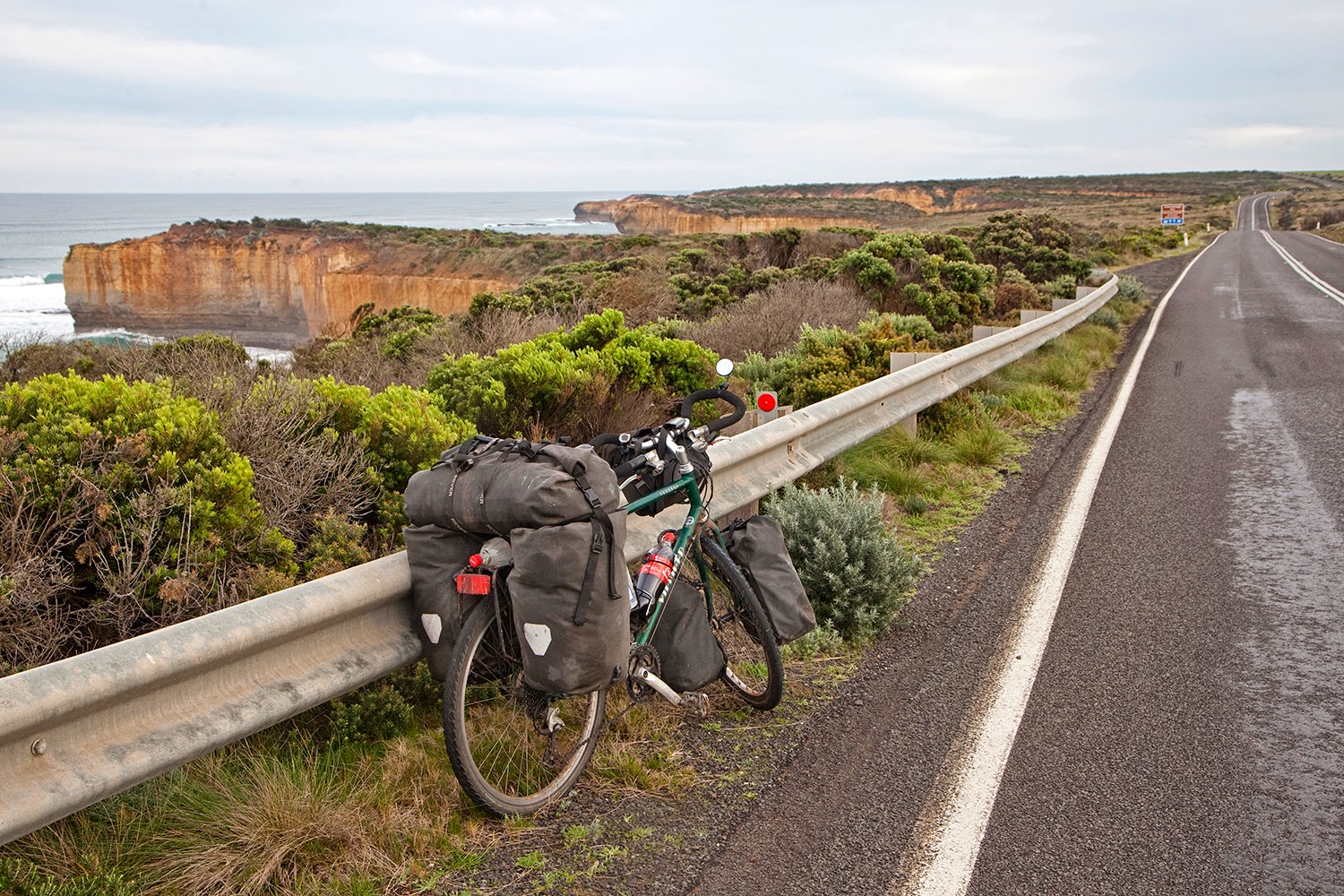 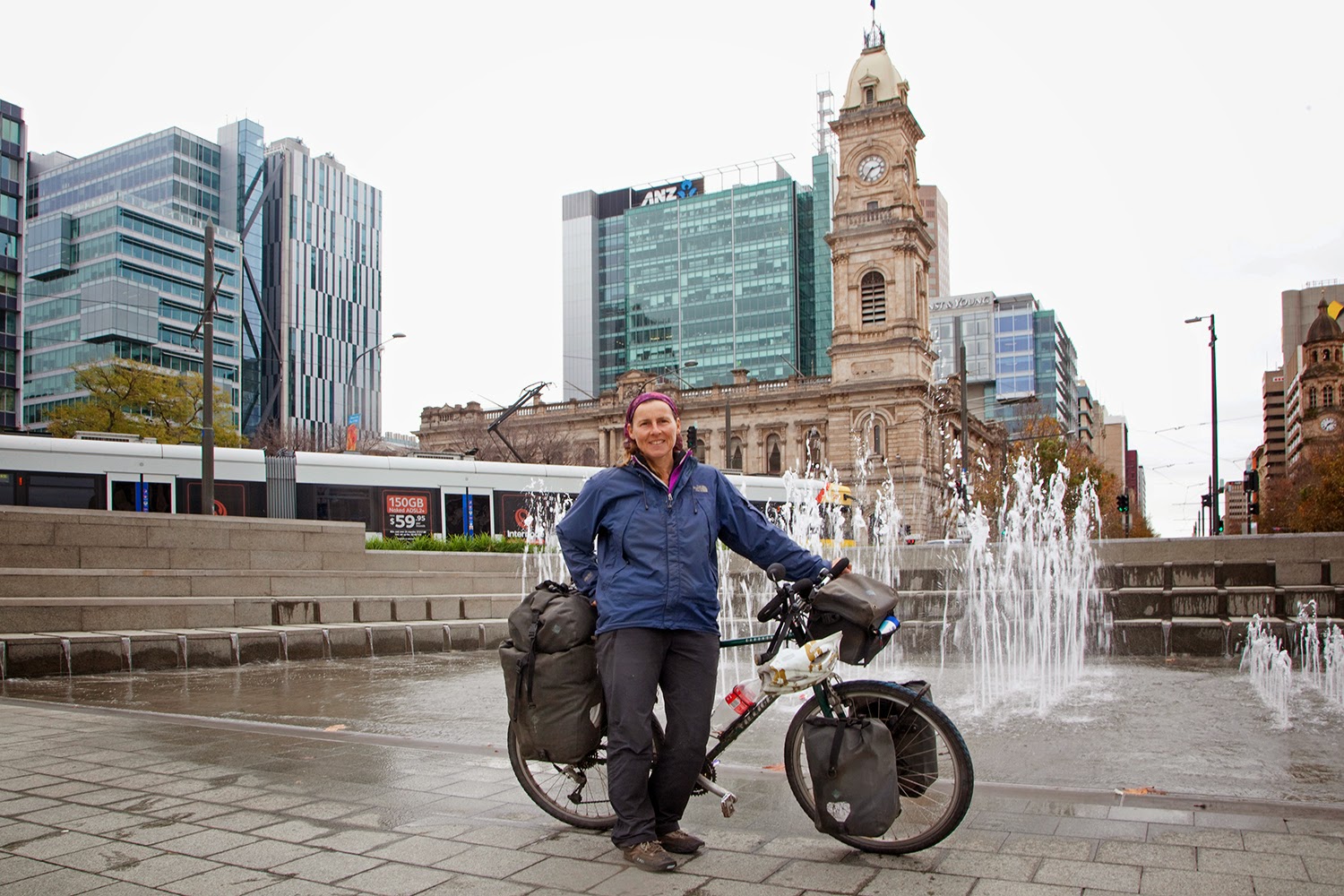 I was on my way to Adelaide, but somewhere took a wrong turn and ended up in Sydney. I really enjoyed the east coast, but learned that distances in Australia are humungous, especially riding a push bike. Roads are very narrow at times and the vehicles are too big! After another de-tour via Tasmania, I took the ferry to Melbourne and had 12 days left to reach Adelaide. The weather was not making it easy and threw a severe winter storm on me, before I arrived exactly on time for Maria's birthday party. With a relieved, but very satisfied feeling that my long journey had come to an end. 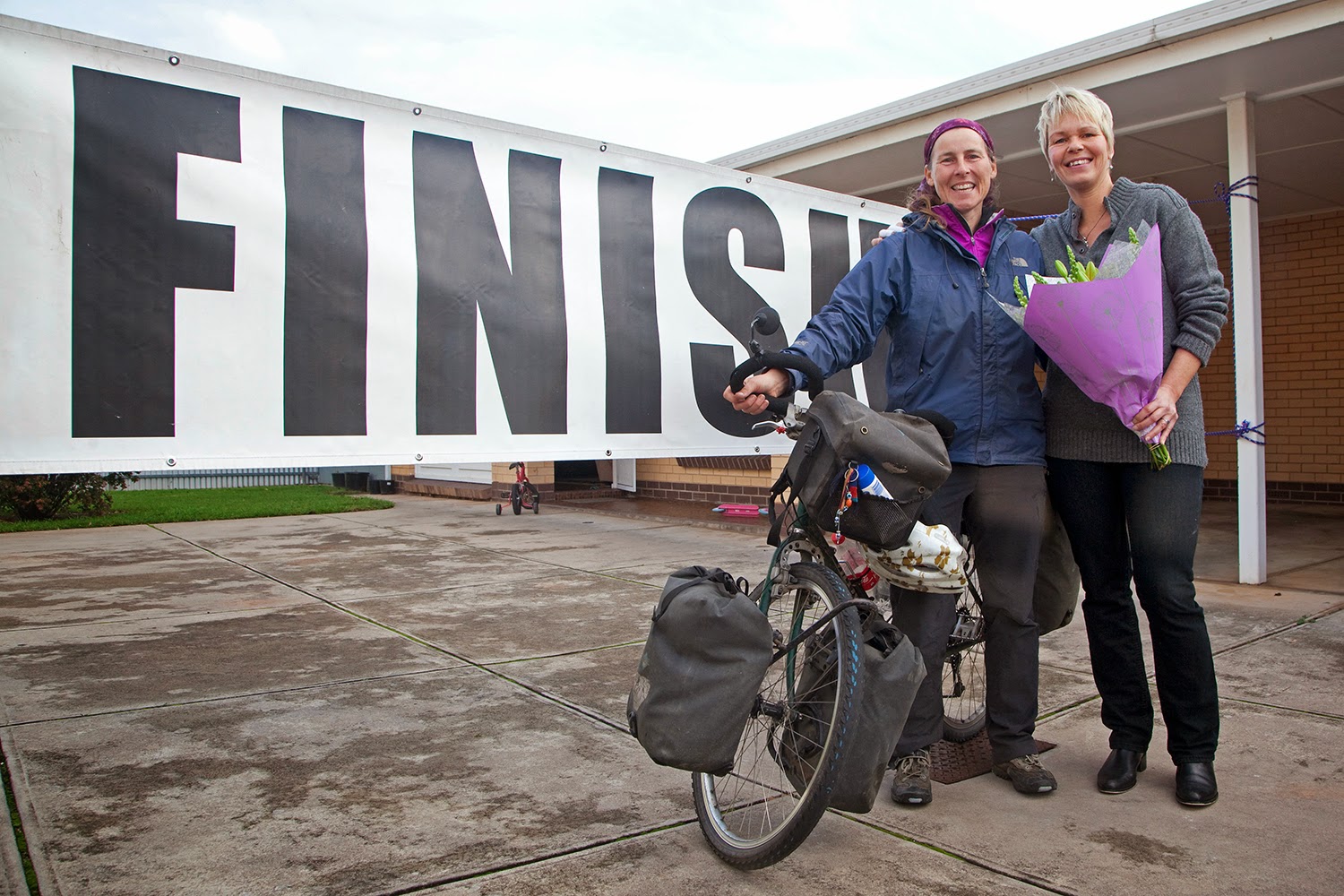 Travelling by push bike for a longer time becomes a lifestyle, you don't travel by push bike because you can not afford a car, it's a choice. It gives you an enormous sense of freedom. Your only worry is where to sleep and what to eat. It clears your head and gives you time to get creative about what to do with the rest of your life. I can recommend it to everyone!

You can see Marika's amazing photography at her website. Now get inspired and get on your bike!

(If you feel a bit nervous doing it on your own check out our event The Outback Odyssey taking place in May next year...).