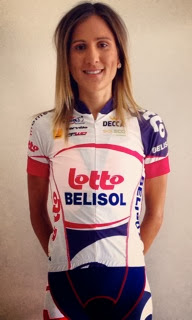 Eight out of ten people on bikes in Adelaide are male. Bike SA has a chat to elite cyclist Carlee Taylor about why she wants to see more women cycling and why she's an ambassador for Gear Up Girl SA.

What made you sign on as an ambassador for Gear Up Girl SA?

Bike SA: Tell us a little bit about yourself and how your “love affair” with cycling first began?

Carlee: I started competing in the sports of cycling and triathlon when I was 14 years old, through my dad, as he was a cyclist. I competed in both sports for a couple of years and won 2x National Triathlon Championships during this time. However, it got to the point where I had to choose a sport. I really enjoyed triathlons, but my passion was cycling and I have never looked back.

Since making that decision I have developed a lot as a cyclist. In 2008, I won my first National Championship in cycling in the U23 Women's Road Race, and was awarded the Amy Gillett Scholarship which allowed me to race overseas in Europe for the Australian Institute of Sport (AIS) for 6-8 weeks. In 2009-2010, I became a full scholarship holder in the AIS and competed in Europe for 3-4 months per year. I signed my first professional contract with an American based team in 2011 with Team TIBCO and won the U23 Womens National Road Race Championship for the second time. However, my biggest progress has been in the last two years. In 2012, I spent my first full season racing in Europe (8 months), and got 3rd in the General Classification of the women's equivalent of the Tour De France (known as the Route De France), along with winning my first race in Europe. This year I was a part of Lotto-Belisol Ladies, where I helped the team leader in a lot of races, and was picked to represent Australia in the Elite Womens Road Race World Championships. For 2014, I have joined the GreenEDGE family, and have signed with ORICA-AIS. Being an Australian and riding for an Australian team is something very special and I am very excited about the year ahead! 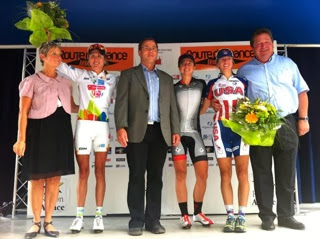 Bike SA: 8 out of 10 cyclists in Adelaide are male. What do you think stops more women from getting on bikes?

Carlee: I think the general persona of cycling is that it is a male orientated sport. Female cycling is getting a lot bigger, both on a National and Global level, but to the general public this may be hard to see due to the lack of media. There are a lot more female professional cyclists, and maybe if the public knew this there might be more women wanting to get on their bikes. However, I also think a factor that stops women from getting out on their bikes is their self-confidence. The thought of wearing lycra out in public and riding up hills, is scary and daunting, but the truth is, it doesn't matter how far you go or how fast you go, and if you where lycra or not. The fact that you are getting out there, and enjoying it is the main thing. 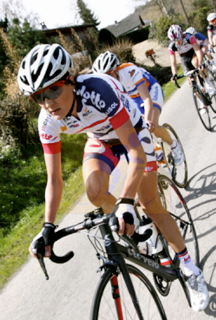 Bike SA: Do you have any funny / interesting / ridiculous cycling stories or memories?

Carlee: I've been lucky enough that cycling has taken me to numerous places over the years, and I've experienced many funny, interesting and ridiculous moments a long the way. One that comes to mind was when I was competing in the female Giro D'Italia in 2009. The female Giro D'Italia is not a small race by any means, but probably the biggest tour on the women's calendar. Yet, some how, we ended up the wrong way and raced into a dead end road, which was the entrance to a retirement village! Everyone was pretty confused, including the lead motorbikes, riders, and all the directors in cars following the race, but I guess on the positive side of things we all able to refuel from the team cars and get fresh water when we had to turn around!

Bike SA: What’s your advice to any women contemplating getting on bicycles.

Carlee: Try to organise a ride with a friend, and start with a nice ride along the coast or along one of the nice bike tracks that are in Adelaide. 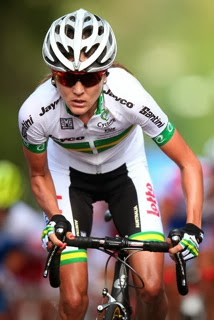 Bike SA:Which ride will you do on the day?

Bicycle SA is running the Gear Up Girl SA event on Sunday. With 15, 40 and 50 kilometre routes to choose from, this ride gives women from all kinds of cycling backgrounds a great excuse to get the girls together and enjoy a great day out on their bikes.

Read more about the event at bikesa.asn.au/gearupgirl
Posted by Bicycle SA at 11:48