The sudden spike of Lycra fascination that is the Tour Down Under is over, but it’s clear 2014 will be a big year for cycling advocacy. Our CEO, Christian Haag, speaks of  two key opportunities for the sort of decisive leadership needed to make Adelaide a bike-friendly Smart City.

The upcoming state election is obviously the most important.
Then, in May, Adelaide is hosting the world’s largest international cycling conference – Velo-city Global. But before we look forward to these opportunities, some background is important to set the context.
From the point of view of advocacy, South Australia has invested significantly in planning over recent years. From the 30-Year Plan for Greater Adelaide and its associated Infrastructure Plan, to the work of the Independent Design Commission’s 5000PLUS project, there has been considerable focus on “place-making” (pedestrian-and-cyclist-focussed urban planning that encourages a sense of community). How to move people to and from places has been a significant part of discussions.
Our success in attracting Velo-city Global to Adelaide ultimately came down to two ingredients: committed political support from the Adelaide City Council and the State Government, and the diversity and strength of supporters in the community, corporate and government sectors who shared their passion to get more people on bikes.For Bike SA, proof that Adelaide is producing best practice in planning was reinforced when we joined the conference bid team to host Velo-city Global. Being shortlisted (along with Vienna and Rio de Janeiro) showed that Adelaide is, if not a leader in bike-space, then a rookie with potential and the determination to realise it.
The fact that we have been able to bring to the table representatives from areas such as transport, health, sustainability, tourism, recreation and sport showcases SA’s credentials as a community determined to build a more livable city.
In the language of international advocates, Adelaide is a “beginner city” in terms of its cycling progression. Any cyclist, whether they ride on or off road, will tell you we have some strong foundations (more than 1500km of bike lanes and shared paths, as well as some outstanding mountain biking trails), but we also have some way to go before the act of riding a bike is as safe as it is convenient. 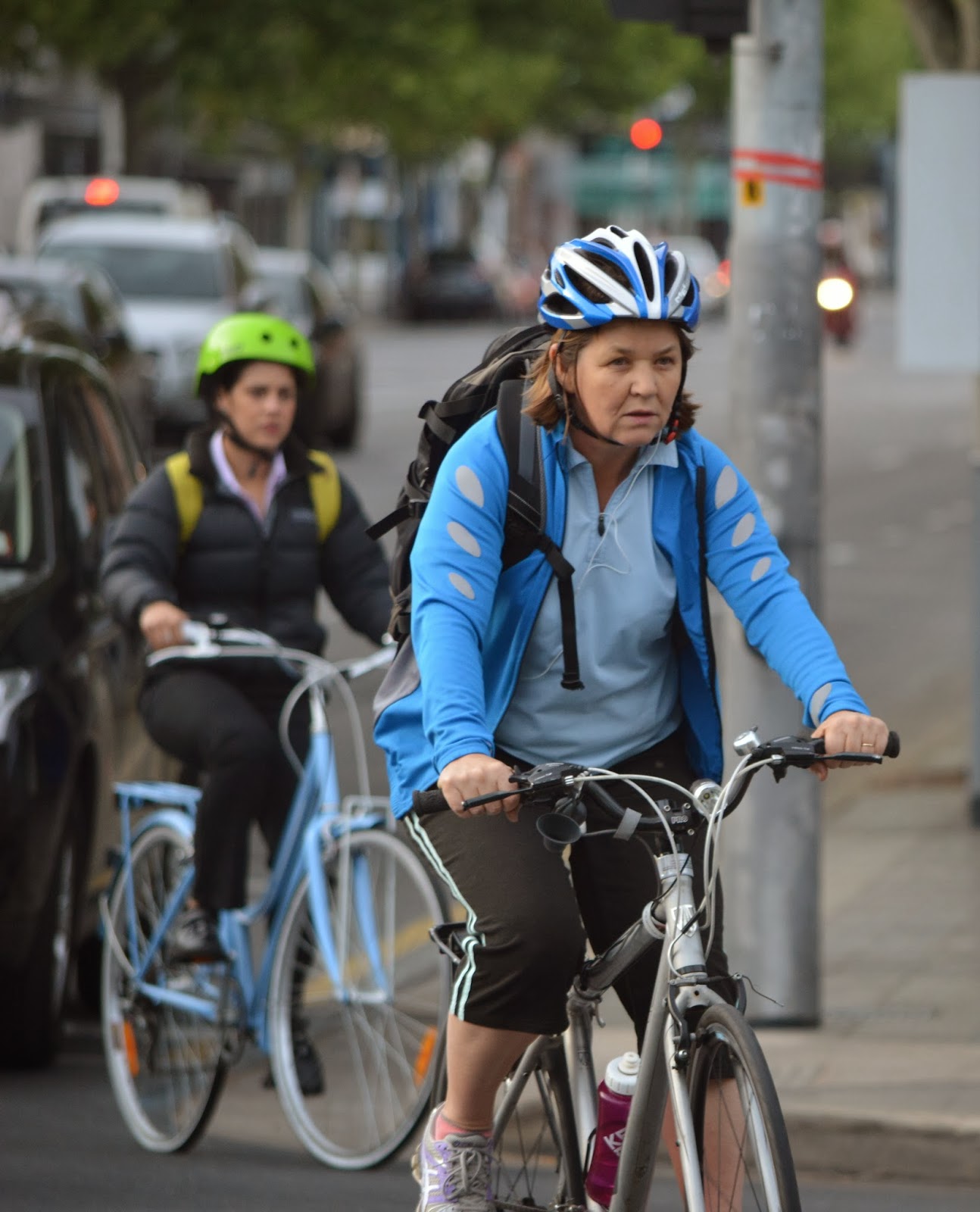 In Adelaide, cycling has an estimated “current mode share” of only around 3 per cent  – ie, around 3 per cent of works trips are made by bikes. This shows that the city needs to adopt a sense of urgency if it wants to achieve rates of 8 to 10 per cent which have been reached in “intermediate cities” such as Seville, Munich and Vienna.
It wasn’t long ago that these communities were pedalling at the same rate as Adelaide. Determined political leadership, matched with sound planning and adequate investment, can rapidly change the mobility landscape.
To put a dollar figure on it, the previous federal government undertook an extensive economic assessment of cycling in 2013. It found that for the average 20-minute commute, the net benefit to the economy was $21. In other words, the 5000 people who commute into Adelaide’s CBD each day deliver around $25 million annually in economic benefit to the state, through congestion reduction, improved personal health, and emission and noise reduction. This net benefit even factors in the cost of road trauma.
When there is meaningful investment in city cycling infrastructure, an increase in riders follow. The upcoming Velo-city Global conference has already seen some major projects being funded or fast-tracked, which is a great outcome for all road users. After all, most motorists are just as keen as cyclists to see fully separated cycleways.
The green bike lanes rapidly appearing in the CBD and broader arterial network, and the green priority bike boxes at intersections and traffic lights giving priority to riders, are examples of smart investment in proven solutions.
It is encouraging to see local councils debate and see merit in reducing selected residential street speed limits to 40km/h. This is the most cost-effective and efficient solution to not only reduce road crashes but to establish safer road spaces to encourage more walking and cycling, with negligible impact on travel times.
With motorists continuing to be at fault in 75 per cent of crashes with cyclists, inattention is a significant issue that needs to be addressed by our road safety authorities. The level of frustration and aggression motorists often show to riders is best mitigated by providing physical separation on the road network. Such cycling investment now is a must-have if we are to realise our potential as a Smart City.
Inaction is the alternative for Adelaide, if we seek to create a gridlocked, economically unviable and ultimately dysfunctional transport network. Sydney provides some insights into our potential future.
The 2014 to-do list is simple: invest and legislate to support cycling.
The required best-practice planning has been done in infrastructure and behavior change programs, and the economic arguments have clearly been won. All that is left is decisive leadership across local and state jurisdictions to allocate appropriate investment and make Adelaide one of the most truly cycle-friendly Smart Cities in the southern hemisphere.
This article originally appeared in InDaily on Monday 3 February.
Footnote: Bike SA has created a state election guide to cycling promises and policies, along with an online petition, at www.sa.vote4cycling.com.au.
Posted by Bicycle SA at 12:20